What exactly does it mean to be “resilient”? Generally, it’s viewed as a very positive trait. “You are a very resilient person” implies that one is able to overcome adversity. Just as resilience is an important trait in humans, resilience is key to understanding how species across the Tree of Life, from bacteria to lions and dandelions and anything in between, respond to adversity. Species’ ability to respond to adversity and resist or quickly recover from disturbance is one of the most fundamental questions in past and current ecological research. 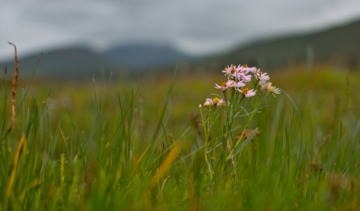 Figure 1. Fig. 1: Plants, animals, and microbes must develop mechanisms to cope with disturbances to warrant their persistence. Credit: P. Capdevila.

Quantifying and predicting resilience across ecological systems is key to developing effective management in the context of global change. Understanding what traits give resilience to a particular species could help us predict where another species are likely to not cope with specific kinds of disturbance (e.g fire, habitat fragmentation, flooding, hurricanes). However, historically, ecologists have not quite agreed on how to define resilience, let alone quantify it.

In a recent publication in the prestigious journal Trends in Ecology and Evolution, researchers at the SalGo Team of the Department of Zoology of Oxford have developed a novel framework that allows for the clear definition, quantification, and comparison of resilience of natural populations.

In an utopic and idyllic situation, populations would live in constant environmental conditions and without disturbances. Under such conditions, demographic theory predicts that the relative number of individuals along the life cycle of a given species (e.g. cubs, juveniles, and adults in a lion population) will become constant. This is what we call demographic stationary equilibrium. Unfortunately, most natural populations do not live in this utopic world of constancy, and environmental variation and disturbances rule our natural world. 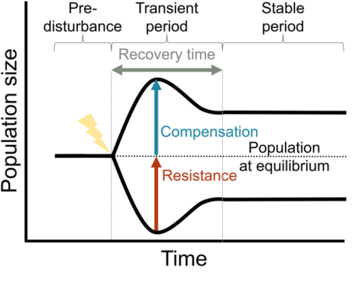 Figure 2. Possible responses of a natural population to a disturbance (thunder), including increases via compensation, or decreases via a lack of resistance. Ultimately, if the disturbance does not return quickly enough, the population may go back to equilibrium.

These population processes represent the three fundamental components through which resilience arises: compensation, resistance, and time to recover. Apart from this theoretical definition, the authors also provide ways to quantify the resilience components using demographic models. These models are mathematical representations of the life cycle of species, and the SalGo Team leads an international effort curating the two most comprehensive datasets of demographic knowledge: COMPADRE & COMADRE.

Moreover, because the metrics of these three resilience sub-components are cemented on demographic processes that are universal (i.e. survival, development, and reproduction), they can be applied to examine how demographic resilience varies across the Tree of Life and around our planet. Finally, we are able to identify, quantify, and predict the resilience of species as different and diverse as man (Homo sapiens sbusp. sapiens) or man orchids (Orchis anthropophofra), lions (Panthera leo) and dandelions (Taraxacum officinale), wattle birds (Merops chrysopterus) and wattle trees (Acacia sp.), or jumping spiders (Family Salticidae) and spider orchid (Brassia cochleate; Figure 3).

Figure 3. Diversity of animals and plants where the demographic resilience framework can be applied.

What’s next? What plans do you have going forward based on your findings

Dr Pol Capdevila, first author of this publication stated “Applying our framework to available demographic databases, such as COMPADRE and COMADRE, will help us understand which species are more resilient than others. Most importantly, the combination of this framework with multiple databases will shed invaluable insights into the underlying mechanisms through which resilience arises. Which traits make a species more resilient than others? Is resilience shared across closely related species? Do certain kinds of environments select preferentially with species with a certain arrangement of resilient sub-components (e.g. more resistant species in less oscillating environments)?”. He also adds “We hope that this framework will open up multiple research avenues, which will certainly help us to understand species resilience and ultimately aid in preventing their extinction”.

The SalGo Team is currently exploring some of these questions and their ramifications. The team is currently expanding this framework to examine the roles of disturbances of different kinds (e.g. intensity, frequency, duration). Because disturbances do typically differ in intensity, frequency, duration, etc., and also can interact with other disturbances, the group is developing approaches to incorporate more realistic scenarios. Such knowledge will be crucial to develop effective management and conservation tools.

Figure 4: Two of the many species around the globe that are currently not doing very well before a prominent kind of disturbance: climate change. Photo credit: Peter Fischer, Pixabay.

Senior author Associate Professor Rob Salguero-Gómez added “In the new era, the Anthropocene, characterised by human-driven disturbances, being able to forecast changes in biodiversity is of paramount importance. Just imagine being able to quantify and predict which species will respond to different kinds of disturbances around the globe, and how they’ll respond. This is one of the main areas of exciting research that we are very pleased to contribute to in academia and the general public. We have several other on-going projects that build on this framework to evaluate how species have been selected by humans according to their ability to resist or recover from stress, as well as some linking climatic forecasts of species resilience worldwide”. He then added, “This framework has the potential to serve as strong support to carefully re-evaluate from a fully quantitative lens how endangered species are ranked by the IUCN”.

This work was supported by a Ramón Areces Foundation Fellowship to Capdevila and a NERC IRF to Salguero-Gómez.